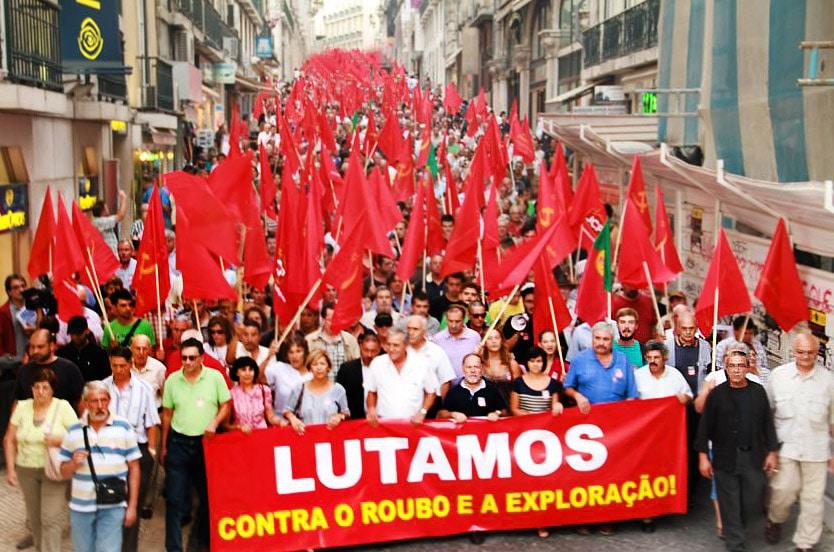 Although Manifesto74’s rightfully writing language is Portuguese, chances are that if you are planning to visit Portugal you most likely won’t speak a word of Portuguese. That’s why you should read this before setting foot on that airplane. With the recent boom in tourism (more than 40% in the past ten years) there’s been an increasing amount of deceitful information distorting what Portugal and Portuguese people are really about.

The Portuguese government as well as tourism companies will try to sell you a picture of a sunny, warm country where people are always happy and welcoming, excited  to wait your table in perfectly understandable, but still rustically accented, English. They will force-feed you bullshit 40’s imagery and aesthetics, charge you sky-rocketed prices for tourist food that real Portuguese people would laugh at, and drive you around from tourist line to tourist line to see monuments, listen to Amália Rodrigues and eat “custard pies”, nicely translated so that the unpronounceable Portuguese words don’t hurt your ears.

The first thing that you should know is that it’s all bullshit. The little information that the average tourist gets from visiting Portugal is clichés and promotion. Most Portuguese cities specialized in offering tourists the cheapest fast food version of travelling, the kind of tourism where everything, absolutely everything, from monuments, to the very people, has previously been pre-selected for easy understanding by foreign eyes, processed, chewed-up, sterilized and packaged for you convenient consumption.

So what do we expect from you? Two things: solidarity and awareness.

This isn’t just terrible for foreign tourists who leave Portugal saying “muchos gracias” to people, it has also been affecting the way Portuguese people perceive tourism. The fact is that our economy has been destroyed by almost 40 years of right-wing governments that took away our factories, fishing industry and agriculture, leaving us with… well… pretty much just tourism. Slowly, we watched our old bookshops turn into IKEA-themed hostels and we saw the prices go up to better fit other countries’ wallets. Eventually our old cars were even banned from the places tourists visit while the cost of public transportation made sure that real Portuguese people aren’t allowed to the beautiful parts of our cities: the clean, fashionable, historic and modern neighborhoods made for tourists to walk. Curiously enough, it seems that the poorer Portuguese people get, the more international tourism prizes the country is awarded.

Portuguese people aren’t happy, they’re pissed off. They have one of the lowest minimum wages in the EU (only below some eastern European countries) and have lost 25% of their purchasing power just in the last 3 years. Real unemployment is beyond 20% and the Government is urging Portuguese youth to leave the country in order to find jobs. More than ¼ of the population lives below the poverty level and one in every three Portuguese children is poor. All the rights we conquered with the 25 de Abril Revolution in 1974 are being stolen, from the right to free education and medical care to some of the most progressive labor laws in Europe, it’s all being destroyed by the foreign troika (IMF, European Central Bank and European Commission) and the national Troika (Socialist Party, Social Democratic Party and the Popular Party).

Now, you might say that none of this is actually your fault. You just want to visit the country, right? That’s true. And Portuguese people know it. We don’t blame it on you for businesses having to turn towards you in order to survive, neither do we blame you for not knowing more about us (working class tourists can’t afford much more time). More importantly, we don’t blame you for the blows that corporate and governmental powers take against our people. In fact, the overwhelming majority of Portuguese people will still appreciate your visit and try to welcome you despite all the poverty, frustration and anger. Except for a few isolated intellectuals who claim to hate the Chinese businesses for destroying “traditional businesses” and one or two crazed neonazis, Portuguese people have always embraced and enjoyed the presence of foreigners, immigrants or tourists.

So what do we expect from you? Two things: solidarity and awareness. The Portuguese working class has been fighting off right wing governments for many years. That struggle is at an all-time high, with strikes and protests rocking the country on a daily basis. However, international media hasn’t been as keen in reporting those movements as in other countries… say Venezuela, Ukraine or China… Go figure… By standing in solidarity with the Portuguese people’s struggle against austerity and poverty, you are not just helping to defend Portuguese workers’ rights; you are standing up for your own.

You should do your best to learn about the demands of the Portuguese workers, which you can check in English at the Portuguese Communist Party’s website. PCP is a growing voice of the Portuguese working class, fighting for a socialist Portugal. Also, you should make an effort to get to know how real Portuguese people face their daily lives by travelling to where they live, away from famous monuments and tourist traps. Instead of taking selfies with Padrão dos Descobrimentos in the background (which, by the way, sucks horribly), work to go back home with pictures of your new Portuguese friends. They can teach you a little bit of the language and will generally be a better, cheaper and more reliable guide than tripadvisor.com.